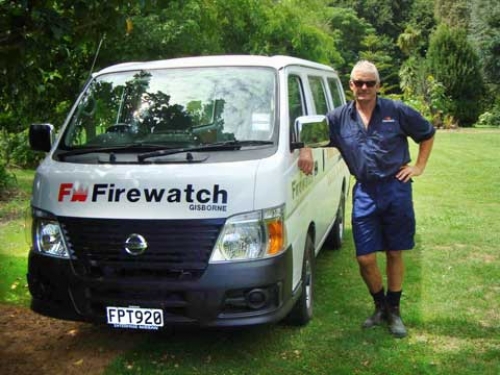 Pull the pin at the top of the extinguisher that keeps the handle from being accidentally pressed.

Aim the nozzle toward the base of the fire.

Stand approximately 8 feet away from the fire and squeeze the handle to discharge the extinguisher. If you release the handle the discharge will stop.

Sweep the nozzle back and forth at the base of the fire.
After the fire appears to be out, watch it carefully since it may re-ignite!

100% New Zealand owned and operated!
Members of the NZFPA